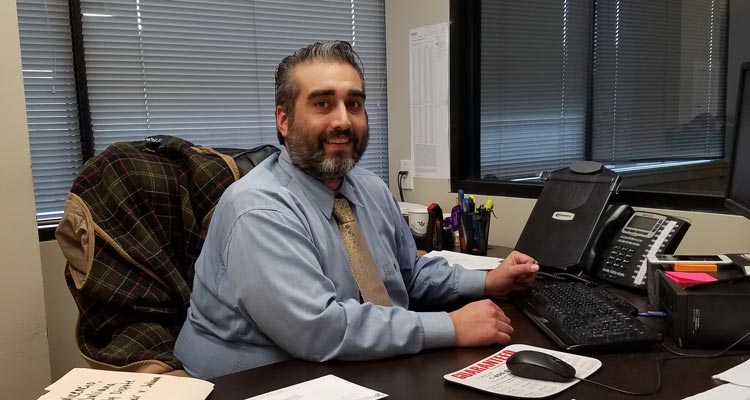 Michael started his legal career in New Jersey at the Law Offices of Mateo Perez, Esq. where he quickly became familiar with landlord/tenant issues, personal injury matters, family law custody matters, wills/estate planning, and municipal court matters. A year later he worked for a medium sized personal injury firm in New Jersey where he settled a multitude cases for his clients always maintaining an ethical and professional manner with opponents and clients alike.

Michael is extremely adept, skilled and seasoned inhandling numerous personal injury matters, such as slip and falls, dog bites and automobile accident cases. Michael is currently working towards obtaining his civil trial attorney certification from the Supreme Court of New Jersey. In 2017, Michael chose to open his own practice in Bergen County and focused on the following areas of law: residential real estate, landlord/tenant, personal injury, contract/transactions, small business formation (PC, LLC, Corp, and S-Corp.), legal consulting, legal drafting, wills/estate planning, municipal matters, traffic, criminal, and housing violations. However it is tough out in the world for a young attorney to try and make it on his own. Through mutual contacts an opportunity came to him in the form of an offer to become part of the team at the Law Offices of Peter C. Humblias LLC. Michael accepted and has been diligently and proudly serving all the firm’s clients with top notch quality legal work ever since.

Born and raised in sunny California, Michael graduated from Bishop Amat Memorial High School where he was a prep football star. After a few years of playing for semi- professional and arena football leagues, injuries and age helped Michael decide to hang up his cleats.

Michael began his higher education at Pasadena City College where he was placed on the Dean’s List for academic achievement in his first year. When he earned his A.A. and A.S. he transferred to California State University Los Angeles (CSULA). At CSULA his major was political science with a focus on pre-legal studies. While attending CSULA, Michael held positions in multiple extracurricular societies such as: vice-president of the CSULA chapter of Pi Sigma Alpha National Honor Society and president of the CSULA Pre-Law Society. After graduation from CSULA, he focused on taking the law school admission test (LSAT) and applied to law schools in the great state of Massachusetts. Michael was soon notified that he had been accepted into Western New England University School of Law located in Springfield, Massachusetts. He said his goodbyes to friends and family and made the trip across the country to earn his Juris Doctorate. He was very involved in his law school and held positions on SBA committees and student clubs such as: Chair of the Student Bar Association Library Committee; Member of the National Lawyers Guild; and Secretary of the Solo Practitioners Club. Fortunately, Michael met his fiancé in law school and after graduation decided to come with her to New Jersey where he took the Bar exam in 2015 and passed with flying colors.