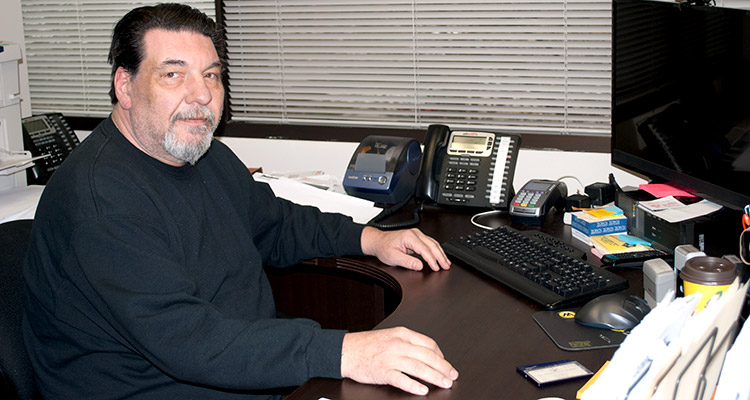 Chuck was born in New York City but was raised in Brooklyn until his teen years when his family moved to Bayside Queens. Being the first generation of Greek descent, he was enrolled in a Greek Parochial school graduating after the 8th grade. Chuck is certified bilingual in the Greek/English languages due to this early education. At the age of 13, his family moved to Queens where he attended and graduated from Bayside H.S. During his high school years, he was a member of the Bayside football team as well as an active participant in several extracurricular school sponsored and community groups.

Following high school, Chuck spent a few years attending Pace University, C.W. Post LI & Hofstra but could not decide on a major course of study. Taking time off he received his Commodity Futures Trading Commission License (CFTC) believing a Wall Street position was in his future, it was not.

During these years of confusion, he found an interest in computer programming and completed a vocational course with Grumman Data Systems. This became his career choice.

Over the next 28 years he trained as a programmer and then transitioned to systems design, and Data Base Administrator positions on the application side. Chuck was promoted to a management position in 1987 eventually reaching the titled position of Director/VP Of Information Technologies. He was fortunate to work for high-level corporate data centers either as an employee or as a consultant for Federated Stores, Citibank, Grace Corp., Computer Associates and First Data Corp.

Chuck is a family member of Peter Humblias and, following his retirement, agreed to assist the firm as its Office Manager in 2015. He’s proud to be able to contribute to the day to day operations of the firm.

He currently lives on the eastern end of Long Island North Shore near his three adult children and granddaughter. Chuck is an avid traveler of the U.S. enjoying many cross-country trips over the years via motorcycle which, along with his RV, are his cherished places to relax.